How To Develop The Confidence To Approach Women

Dating Psychology Member
Off
approaching women, dating tactics, dating tips, first date, how to approach women, how to pick up 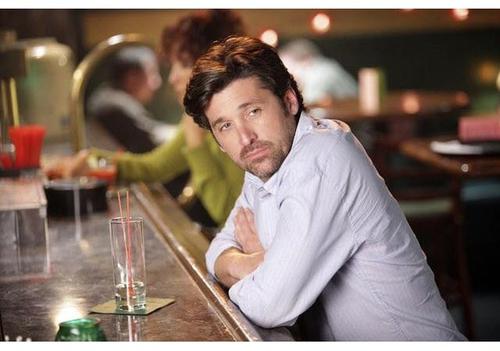 Are you timid and shy around women? Don’t worry, we’ll help you get over it.

Have you ever missed a chance to meet a woman who caught your eye simply because you were too anxious to go up to her? It is normal to feel nervous when approaching someone you have never met before, but there are ways to calm yourself down enough to be able to say hello.

Boost Your Confidence With Women

If you can think of nothing more terrifying than walking up to a woman to strike up a conversation, you are not alone; even the most extroverted of extroverts may sometimes need a moment to collect their thoughts before introducing themselves. While normal, this fear and anxiety can stem from two things: one, a lack of confidence, and two, a fear of rejection. These two things go hand in hand, as the latter stems from the former.

Remember that you are enough no matter what anyone else might say, so if you walk up to her and she rejects you mid-sentence, it doesn’t mean that you aren’t a good person. It simply means that she is not interested. Do not take a rejection personally; do not internalize it. While that might be easier said than done, the more you practice being happy with yourself no matter what, the easier it becomes.

Human beings are perceptive; if you walk up to a woman stony-faced or even smiling while feeling angry, she will be able to tell and will want absolutely nothing to do with you right off the bat. Have a chip in your shoulder? Get it smoothed out. Had a bad night? Perhaps maybe this isn’t the time to go out looking to talk to people at all. Make sure you are in the right mindset to be out and socializing first and foremost.

If you behave rudely because you hope to catch more flies with vinegar than honey, I have news for you: assuming that women want to be treated like dirt is offensive and is not going to get you anywhere. Women are not mysterious: they want to be around people who make them laugh and treat them with respect.

“Nice guys finish last” is something misogynistic jerks say. Not only is it false, but also getting to know another human being is not a race. If you think of it as such, or as any kind of competition, then you shouldn’t be talking to other people at all. This mindset only yields unhealthy discussion and will leave you feeling less confident than ever.

Being a confident person means being calm and pleasant in the face of rejection. Since you know that you are enough no matter what she says, there is absolutely no need to be rude to someone just because she might not want to talk, or even if she might be rude to you first.

Remember, you approached her and she does not owe you anything. She does not owe you a smile, and she does not have to allow you to buy her a drink. It is her right to say no thank you, or that she’s here with someone else, or that she’s just not interested. Demonstrate your confidence by being pleasant in the face of whatever she might dish out. Then even if you get a rejection, you’ll also get her respect, and even more importantly, respect for yourself.