Detecting Deception: How To Spot Fake Dating Profiles In 10 Seconds Or Less!

Online dating can be a lot of fun and it is great for finding casual sex and booty calls whenever the mood strikes. However, it is important to know how to avoid scams and detect fake dating profiles if you want to succeed in the online dating world. There are literally hundreds of dating sites on the internet, which are filled with thousands of dating profiles from all kinds of people. This means that there are hot women out there looking, but it also means that there are fake dating profiles and robots that are preying on the men who are searching or casual sex. I have spent an embarrassing amount of hours on dating sites, and I have started to realize some trends in profiles, which has helped me avoid scams and fake dating profiles. No matter which dating site you use, there is a chance that you could be talking to a catfish or someone who is misrepresenting who they are. The reasons for this are not always clear, but what is clear is that if someone is not being honest with their profile, then you probably want to stay away from them. If you are looking for Booty Call Dating Sites, then check out this link for some reviews on sites that I have found useful in my hunt. However, if you want to learn how to detect fake dating profiles than read more below. 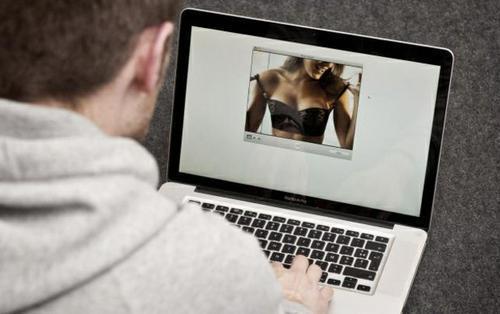 The number one tell tale sign that you may be looking at a fake dating profile is suspicious photos. These can come in all shapes and sizes and it is the most common way for people to misrepresent themselves in a dating profile. Online dating can be complicated, and it is always difficult to know for sure, but if you notice something strange in any of the photos on someone’s profile then it is probably a good indicator that it could be fake. Most often, and perhaps more harmless, people will post photos of themselves from when they were younger. Look at the age of someone advertised on their profile and look at the photos to see if it looks like it matches. If the photo looks like it is from the 80s or 90s, you may be getting into something with someone a bit older than they are actually admitting. Another common red flag is if the photo seems familiar. This could mean that you have seen it somewhere else before, and if you want to avoid scams then it is a good idea to make sure that the photos on someone’s profile are not being used in multiple sites as bait for unsuspecting guys. There is one easy solution to this, and all it requires is a quick google image search. If you feel suspicious about someone’s dating profile, give their photos a quick search and you may find out the truth.

Another strong sign that you may be cruising through a fake dating profile is if it is painfully and obviously sexual. Although some women are sexual creatures, the majority will not be demanding booty calls and casual sex straight off the bat. Read the descriptions on the profiles that you are interested in carefully, and pay attention the details. If she seems like a sex starved fiend that is only interested in casual sex immediately, then you may want to think twice before contacting her. This is an easy way for scammers to lure guys into their traps during online dating. What guy wouldn’t be attracted to the promise of fast and easy sex with a hot woman? Unfortunately, when it seems too good to be true in the online dating world, it usually is a fake dating profile. Even though there are some women out there who are looking to get down and dirty on some booty calls, there are probably twice as many scammers who are trying the same tactic.

Another strong indicator in dating profile descriptions is poor grammar and strange content. Many international hackers do not speak English, and rely on poorly translated text to try and lure their next victim. If you see a ton of spelling mistakes or somethings that just don’t make sense, consider the dating profile again. Particularly if the person says that they live somewhere in America, but they can barely spell, you might want to wonder why that is the case. Be vigilant and critical when reviewing dating profiles, and you will be able to avoid the bogus ones and hone in on the real ones.