The Three Safest Kinds of Contraception

Contraception’s been around for centuries, which means that people have always been experimenting with methods of not only preventing pregnancy, but of having safe sex. There are many effective methods that exist currently available to couples who want contraception. However, some of these methods have certain health concerns attached to them. Obviously you’re not going to want to use a method that may be dangerous, which is why it’s important for you to know more about the safest kinds of contraception available to you.

Condoms are a good choice.

There’s a reason condoms are affordable and easy to find, and that’s because they are one of the safest methods of contraception that you can buy. Condoms don’t involve hormones and aren’t invasive, which means that you can use them without fear of how they might harm your body. That said, there are some people out there that are allergic to latex, but that’s really not a big deal because there are hypoallergenic condoms you can buy to make sure that allergies are no big deal. Condoms are also quite effective (98 percent so) IF they are used the proper way. If you’re leery about trying any other kind of contraceptive (or can’t afford it), condoms are the way to go. Condoms are also beneficial in other ways, too—they’re helpful when you’re trying to get your man to last longer in bed.

Condoms may be your safest bet.

Birth control pills are one of the most widely used types of contraception and are also among the most effective. If used properly, they’re even more effective than condoms. Birth control pills are hormonal contraception, which means they prevent ovulation in women as well as thicken the uterus to make it more difficult for sperm to get through. For healthy, non-smoking individuals, the health risks associated with birth control pills are low. However, for women who are obese, smoke, or have certain health complication, there may be some risk attached to taking them. Despite this, they are still one of the safest methods available, and it’s never a bad idea to take some time to learn more about them. 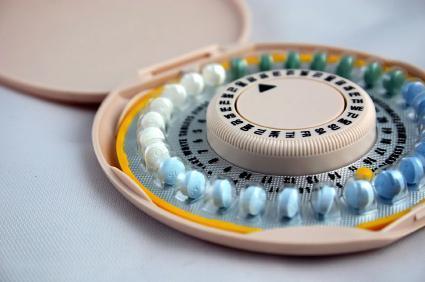 Other barrier contraceptives are safe, too.