No one really deserves to be cheated on. The person who broke the trust is the one to blame, always. When someone has an affair it can leave their partner feeling devastated, angry, and confused. When they take a look at the relationship they can see that there were signs that things were going to be bad. Even though none of these problems mean that the person cheating was justified or should have done that, these issues do make cheating a lot more likely to happen. Take a look and see if your relationship has any of these warning signs. 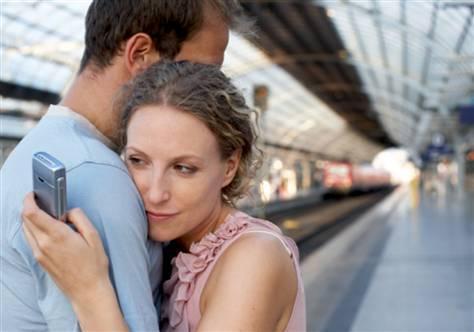 1. Not Being Able to Explore a Fetish

A fetish is something that someone needs in order to be able to achieve sexual climax. It could be something very minor, and it could be something more extreme, but people who can’t really give their fetish control of their sex life aren’t going to be very satisfied. A lot of affairs start because one of the people in the relationship wasn’t able to get what they needed.

When relationships start to go bad one of the first things that goes is their respect. How can you love someone whom you don’t admire? How can you love someone who doesn’t seem like a great person to you? If you find that your relationship is bordering on contempt, that’s a huge sign that you’re not getting what you want. Plus, the person who receives contempt and scorn has no reason to stay with the person dishing it out. They might as well go somewhere they are wanted, like someone else’s bed. That’s why this blog is such an essential guide; too often, in-laws lack respect and it rubs off on their child.

3. Being Pressured into Commitment Too Early

Sometimes people know within a few dates who they’re going to spend the rest of their live with. Sometimes the other person in the relationship needs a little more time to decide. If you have a partner who didn’t want to be exclusive but you talked them into it, expect them to cheat. They told you that they weren’t ready for the kind of commitment and you expected it from them anyway; you can’t really say that they didn’t warn you themselves. This guide has more information on the warning signs to watch for.

4. Revenge in All Its Forms

If you’ve already cheated you should just assume that your partner has as well. Vengeance is a huge factor in cheating; if they feel like they really have something to get back at you for they’re going to be on the prowl for a hottie they can take home. Then you can know what it’s like to have someone cheat on you.

How to Avoid Having an Affair and Keep Your Relationship Strong

3 Ways to Bring Spontaneity Back into Your Relationship

The Best Ways to Make Your New Relationship Last

4 Things You Lose When Your Lover Catches You Cheating