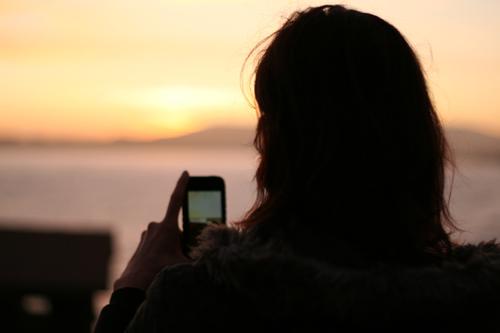 Not sure what ghosting is? It can be hurtful if it happens to you, but it’s also a great dating technique if you’re the executor.

Have you ever had someone you were talking to suddenly and completely stop all contact? You still haven’t received a text from them two days later when usually they respond within the hour. You check their Facebook only to find that it leads to a broken link. Their Instagram is nowhere to be found, and neither is their Twitter. In a panic you call them but the phone rings and rings. Even their outgoing message has been wiped.

You sit in shock, wondering what could possibly have happened. Did they join the CIA and have to cut all ties? Were they kidnapped and all evidence of them wiped clean? Maybe, you think to yourself, they never existed in the first place and you’re going insane.

Alas, it was not any of those things. They simply ghosted you – a popular, controversial form of telling someone that, for whatever reason, you no longer want anything to do with them. To ghost someone is fairly easy: to do so, block someone on every conceivable social media platform and block his or her phone number. Within a few moments that person becomes officially ghosted. Ghosting does not stop there, however. If you see this person in public, you pretend not to notice.

This method of shutting someone out is thusly named because the person doing the ghosting fades away – abruptly, but subtly. In other words, there is no huge amount of fanfare, or indeed any fanfare at all. As a victim of ghosting, you might say to yourself, “But I haven’t done anything wrong that I can think of; we didn’t have a falling out of any kind. Or did we?” No, you didn’t. Try not to continue with this train of thought either, going over all of your interactions with them under a microscope.

Life isn’t a soap opera where everything happens for a very obvious reason; they aren’t ghosting you because you slept with their twin or slapped them at a very prestigious banquet. You may never know why they did it. And here’s the kicker…they might not even know why either.

That’s because ghosting is not often the work of mature, emotionally stable adults, but emotionally unstable children posing as adults. The issue is normally one sided: perhaps they met someone else they kind of like and want to pretend you don’t exist. Perhaps they noticed that you like a band/type of food/TV show that they don’t like and they want to pretend you don’t exist. It could be that they feel inadequate as human beings for whatever insecure reason and want to pretend…you get where this is going.

Ghosting and All Its Intricacies

With that in mind, there are instances in which ghosting is the right thing to do. The most common situation stems from that of the social media introduction; you’ve met someone on Tinder or a dating site, and this person seemed to be pretty interesting. A few dates in, you’re seated across from them when disaster strikes. Maybe in the form of unutterable rudeness to the wait staff, a racist joke, or a bizarre fetish involving leeches – or worse. If the situation is bad enough and the person you’re dealing with does not seem reasonable, ghosting is a great way to shut it down immediately.

If someone ghosts you and you genuinely can’t understand why – you were pleasant, politically correct, and appropriate – count yourself lucky. This person isn’t the kind of person who you can depend on, and as such they don’t make for great partners or friends. Just feel happy that did this now and not on, say, your wedding day.