The 2 Best Date Ideas That Will Impress Her Every Time

Dating in the 21st century is vastly different and removed from all past forms of courtship. With the introduction of new technology, a different worldview, and more ways to stay connected than ever, dating can become very complicated and constant if you get ahead of yourself. If you have a girlfriend, you may find that she’s growing more and more bored with the standard dating ideas. Every woman has been to dinner and a movie, has hung out at bars with guys, and walked in the park, or they at least know that’s what typical dates are like. If you really want to impress your new girl, try to think outside the box. In order to really sweep her off her feet, you’ll need to know what to do in order to have a great date with your girlfriend or potential mate while still being inventive, original, and showing her you really do care. Stay away from the standard dating practices and try out these date ideas.

Make it a full day on the town.

It is true that many women are used to being wined and dined, but just as many women know that men do this because they feel obligated and like this is just how dating is and should be. You can still use a lot of older methods of dating, such as going out for a nice dinner, but make the experience more genuine. Instead of saying to meet her at six or seven for a nice dinner, or to get together at three to go to the cinema, make a whole day out of your date. Create points throughout the day that do have time limits or set times for arrival, such as having a free morning to shop or spend time together, but you have to make it to the movie by two. A day-long date shows a woman that you really are interested in being with her and are willing to show her just how much you care. Don’t make this a regular date plan, though, as women typically see a man wanting to spend too much time with them as a sign that he’s clingy. 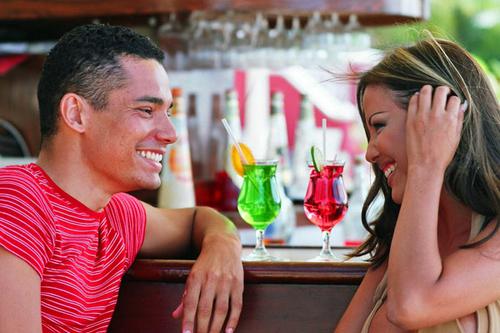 Pay attention to her interests and plan a whole day around her and the things she likes.

Wake her up with a staycation date.

If you’re at a point where you’re spending the night together, then this is the date for you. Women are typically insecure when it comes to letting a man sleep over or spending the night at his place during the beginning stages of the relationship. In their mind, men will leave first chance they get and not actually want to commit to the relationship further now that it’s reached a sexual stage. Prove her wrong by creating a day inside for the two of you. This lets her know that you’re comfortable enough for her to spend all day in your intimate spaces, you’re willing to go the extra mile to think of her, and you’re willing to commit to her after the sex is over. 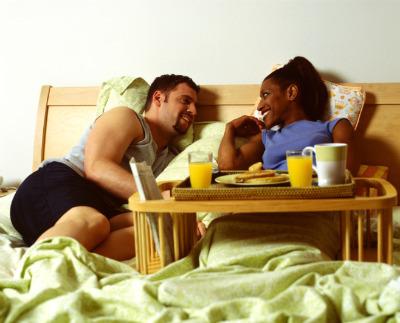 A nice day indoors shows off your more committed and casual side.

The Best and the Worst of First Date Locations

What First Date Sex Really Means for Most Guys

Things You Shouldn’t Say On A First Date

Why Keeping a Low Interest Level Will Get You Another Date

Steering Your Date from the Bar to the Bedroom, Without the Stress

3 “Nice” Behaviors That Drive Women Away