Meeting With Her Friends Without Making a Fool of Yourself 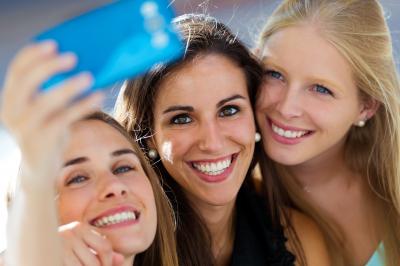 It’s possible to meet your girl’s friends without looking like a total moron.

Meeting a girl’s friends can be just as (if not more) intense than having her meet your guys. For guys, sure, they talk about their women but not NEARLY as much as women talk about men and certainly not in as much detail. Men talk but women scrutinize- and men know it. You know that by the time you meet her girlfriends they have already seen pictures of you and practically stalked your social media pages. The girls know all about your crazy ex, that friend who is a bad influence, and the nagging boss that you are just too good for. You are also well aware that the girls have probably had a good hand in responding to every text you have sent her since the two of you met. Basically, in plain terms, you are going into this almost blind while they all hold the user manual in their hands.

What works for you?

Some guys have said that they would rather go out and meet all of her girlfriends all at once- the more the merrier. This way, they don’t feel pressure to strike up a conversation with anyone or make anyone like them, they are just there as sort of the extra and they can feel free to talk or not talk because enough people will be around to alleviate that awkward silence. If you prefer meeting her friends this way also, maybe suggest a night out where she invites her friends and you can also invite a friend or two- her single girlfriends will probably appreciate that gesture as well. Having a friend or two of your own can also help take off some of the pressure of you being the sole male at the party.

If meeting everyone all at once is going to turn everything into an absolute train wreck, or maybe you just feel uncomfortable feeling like the plus one on girls’ night, it’s probably a better idea to talk to your girl about meeting one or two of her friend’s at a time. Women love when men feel comfortable opening up- so don’t feel afraid or ashamed to tell her you’d rather not meet all of her friends at once.

Sure, she has probably talked about her friends and given you tons of stories to help you feel like you kind of “know” each one of them ahead of time. If you actually listened to these stories you are at an advantage but if you didn’t or don’t remember you are going to need some refreshing. Figure out who you are meeting and ask your girl a little about them. You may even be surprised to find out that her friend likes a sports team that you also like (or even the rival team) giving you something to talk about to break the ice.

Don’t be shy to ask for a little background information about your girlfriend’s friends- remember they probably already know everything there is to know about you (maybe a little too much information) so asking for a few little facts about them isn’t out of order and couldn’t really hurt your case.

Just like all her girlfriends probably have the detailed script of your first date embedded in their minds, they will also probably have a detailed discussion about you after the first meeting. As much as you may not want to care, if you want this relationship to last you’ll want them to want to have you around more. Try and find common ground with the girls- many girls actually like to hear a guy’s perspective on certain things.

If some of the girls have boyfriends or husbands, suggest a get-together that will include them- or if they are single, invite your single guys out one night for all of you to hang out while you get time with your girl and gain points with both her friends and yours.