How to Get Her to Respond to Your First Message

Dating Psychology Member
Off
asking her out, dating message, dating tactics, dating tips, getting replies, what to say, what to write

Signing up for a dating site is a huge step in the right direction when looking for love online. No matter what site you’re looking into, you’re guaranteed to find someone you share a connection with as long as you try hard and make yourself out to be a decent person with appealing attributes. If you’ve created a stellar profile to get yourself out there, then you’ve fought half the battle. However, most women don’t want to be the one to be aggressive with connecting on dating or hookup sites. Ladies are looking for you to make the first move and message them first. Still, you can’t just rely on good looks and a great profile to get you going on your first date. Getting her to respond to is key, and you have to crawl before you can walk.

Play it cool, but don’t be too distant.

First, you’re going to have to learn how to play it cool. For your first private message, introduce yourself in a simple way. Let her know that you’re interested in her without actually saying so. A great way to get the ball rolling is to go with tried and true methods of introduction that work offline just as well. Tell her your name and ask her how she’s doing. Continue the conversation with some flirting and light suggestion mixed into your conversation. You aren’t being forward with what you want, and you’re letting things occur naturally, just as they would in real life. This is the perfect mix of distance and being straight-forward: let the conversation flow with the general idea you’re asking her out. 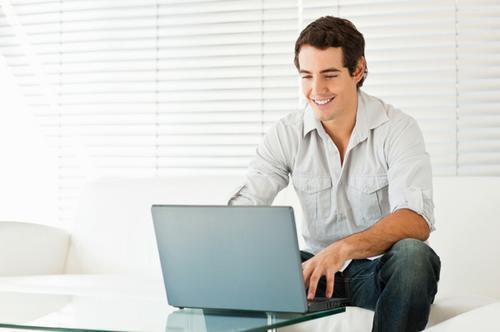 Don’t try to come across as someone you aren’t when chatting online.

Know what to say and when to say it.

In order to keep getting responses, you’re going to have to know just how cool to play it. Many a date has been ruined because a guy has said the wrong thing at the wrong time, and you definitely don’t want to go down that road in your online dating journey. If you want to get to the point where you can send her a message to seal the deal, try to create a rough outline of your conversation ahead of time. Know just how much small talk to throw out there before actually asking to meet up in real life. 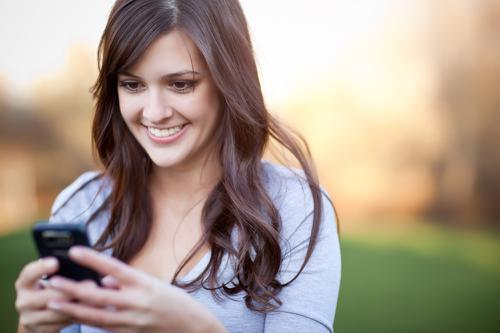 You’ll know if she’s into you by her own tone and messages.

Don’t be pushy if she’s not receptive.

Every dating message you send can either be well received or rejected. If you truly are looking for a long term connection, don’t try to push connections where they just aren’t happening. There are plenty of fish in the sea, so don’t spend too much time on one girl who may or may not ever go out with you. When sending your first messages, if she’s not responding or doesn’t seem interested, find another woman who may be better suited to you and who does create more chemistry between the two of you.

Best and Worst spot to bring a date?

Things You Shouldn’t Say On A First Date

Making Yourself More Appealing During a Dating Site Chat

10 Best Pickup Lines to Use in a Bar

Knowing When and How to Ask a Woman Out

How To Create A Dating Profile

How to Hit on Women on Facebook without Looking Creepy